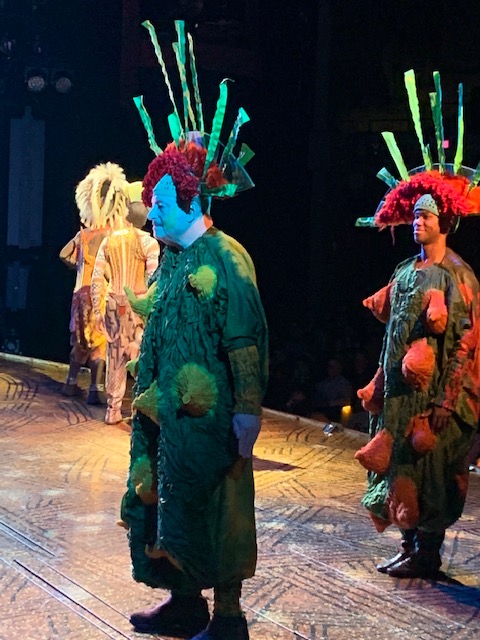 The day before the performance, I had a costume fitting and less than 30 minutes of rehearsal. There was choreography to learn. Ruthlyn Salomons, the Resident Dance Supervisor, tried to put me through my paces. However, without a script with cue marks and descriptions, it was going to be memory. Oy!

Less than a half-hour wasn’t enough. I needed a few more run-throughs but Kenny, the wonderful Ass’t Stage Manager, was keeping us to a strict schedule. Luckily, Rhoda taped the rehearsal on her phone. This gave me the ability to watch it over and over again. My fear was allayed.

Joined by Rhoda, our kids and their partners, grandkids and my sister, it was a wonderful experience! Many thanks to Ruthlyn, Kenny, Stacey, Donna and Broadway Cares.

I kept looking for the Best Walk-on category at the Golden Globes, but alas, found none! Nonetheless, drinks at Sardi’s and dinner at Blue Fin were very celebratory and lots of fun.

Then, after the performance was over, we all went backstage… 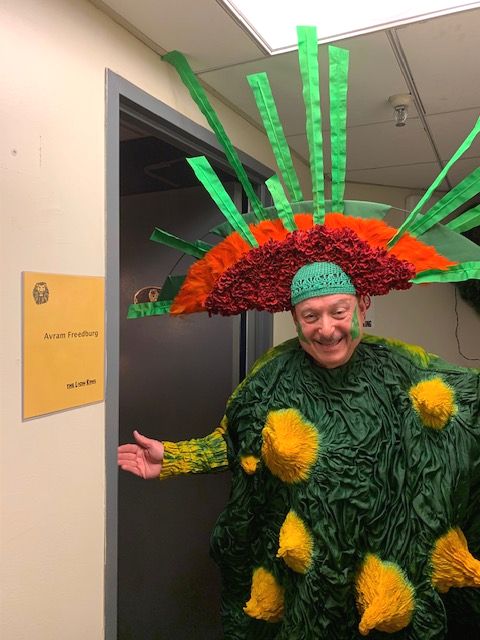 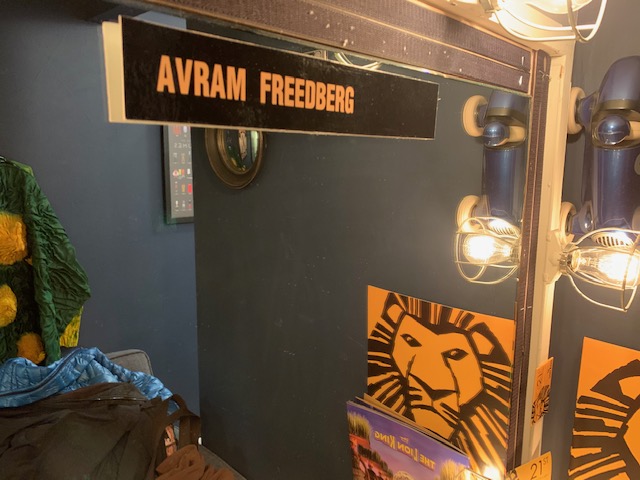 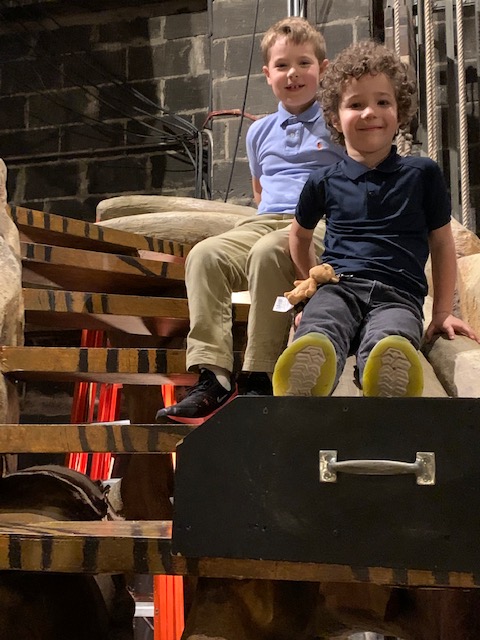 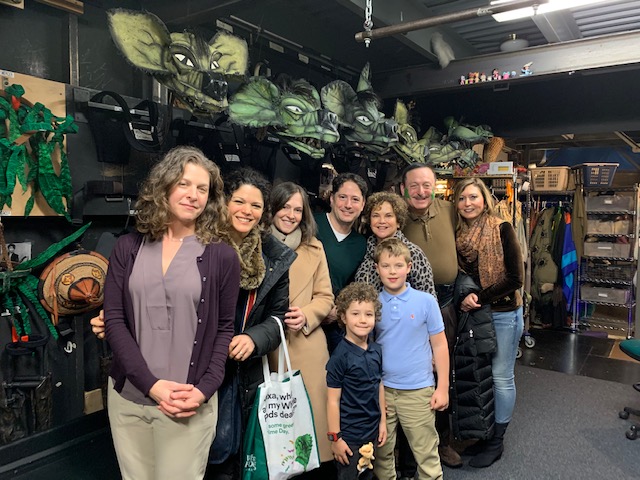 On the racing front, I Admire You ran in a cheap claimer in Kentucky at Turfway Park under the guidance of trainer Danny Werre. He stretched her out to a mile. No one thought she had much of a chance out of the 12th post position, so she went off at odds of 15-1.

She left the gate quickly but instead of clearing the horses to her inside, she got stick near the outside. On the first turn, she settled onto third place, where she ran until the stretch turn. Here, she started coming on to the outside of the leader… but she was joined by the #10 to her outside. As they straightened out in the stretch, they both were joined by the number 11, who seemed to be flying fastest of all.

Alphalfa will have a chip removed from his knee by Dr. Hogan. He’ll be back early in Turf season, we hope.

Nicodemus is pointing to the 7 furlong, Grade 3, Toboggan Stakes on Saturday, January 18th.

Bossanova Boy, who looked like he was headed for an easy win at Finger Lakes last year in his first race until he bolted out coming around the stretch turn, is pointing to a race at Charlestown next week. We’ll see if his new Psychiatrist, John Carlisle, has had any luck with his therapy.

It’s also the start of foaling season and, subsequent to that, breeding season. First foals will drop soon. The last of our foals is not due until August! Should be quite a season.

Since we’re signing off, here’s a photo of me kissing Kenny at The Lion King. He took good care of us. Thanks again, Kenny! 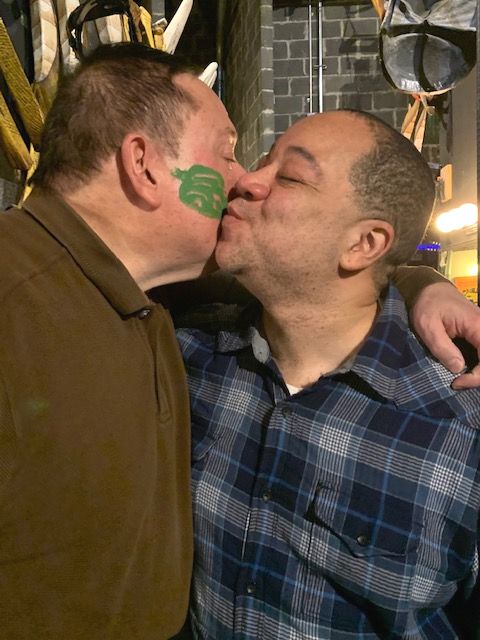