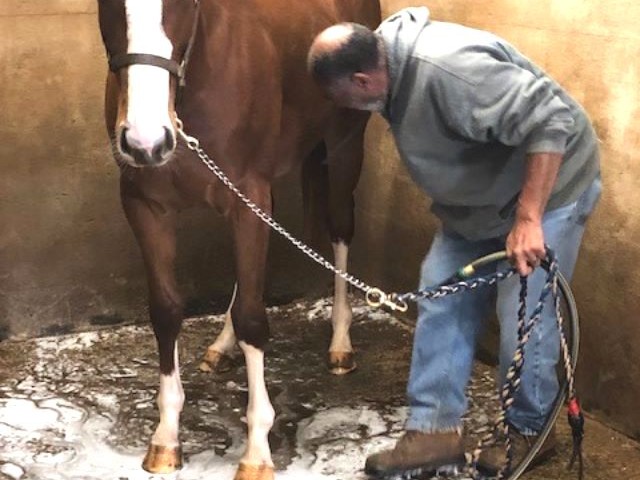 Hope you are healthy and doing all you can to stay that way. It’s been a tough year for so many. We send you our best wishes for an improving year.

Horse business for us was in a total shutdown until two weeks ago, when Churchill Downs began racing with no fans present. My Sweet Kat, now trained by Danny Were was entered in a $30K claiming race. Everybody was itching to get their stock running again, so there were 21 entries. We drew in and the bettors did not like our chances. They sent us off at 42-1. She went for the lead and settled in second. When we saw the time of 21 1/5 for the first quarter, we figured she was burning herself out. The race caller thought she was done but in the stretch, even though she was passed by two horses, she stayed on and even came back. She finished a game third. Unfortunately, she started a bout of colic last week that wiped put the purse money but, at least, she did not require surgery and is  doing well now.

My Sweet Kat taking a shower: 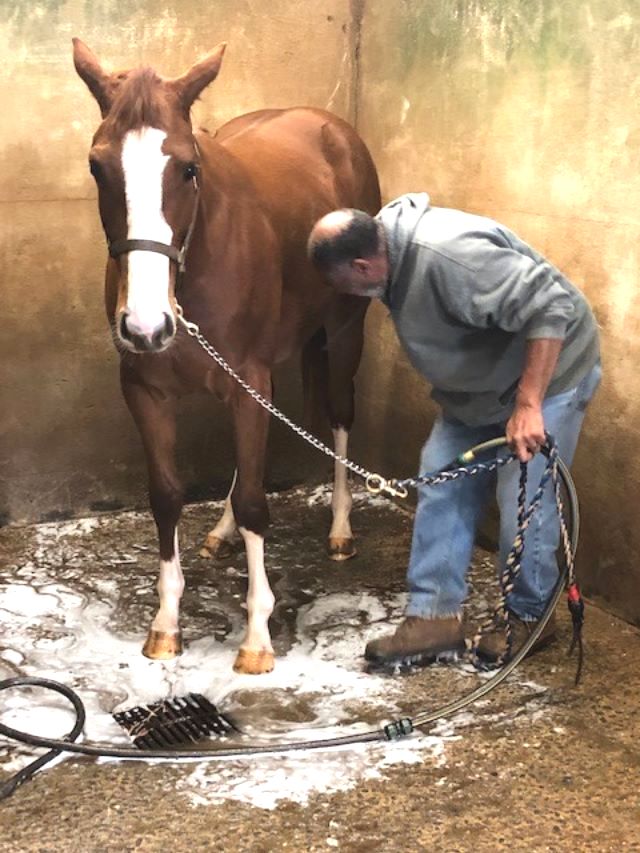 Madita, who is running Wednesday at Belmont, is the German horse that we as partners with Team Valor. If she doesn’t win, her value will continue to evaporate. Owners still cannot go to the racetrack, so we’ll be watching on TV. Her race is 1 1/16 miles on the turf. Here  is the beautifully braided with Rhoda and Gene Recio in Ocala:

We hope Nicodemus, our graded stakes winner, is going to run this weekend but we’re waiting on a decision by Linda Rice. Here’s a shot right off the TV screen from last year’s victory in the Westchester Stakes: 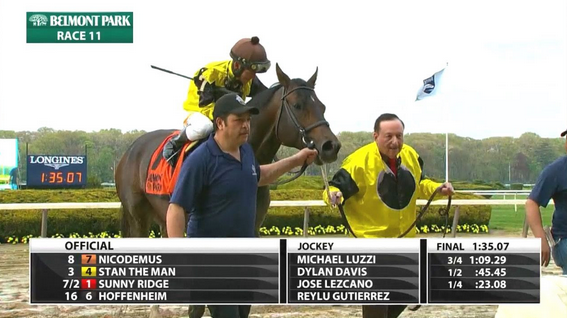 BTW, have you heard how the pet stores and dog rescues are all empty? Even the breeders are having trouble keeping up. We’ve contributed to the famine by getting a new Havanese puppy named, Theo. Thought he would show up this week but it looks like next week. Isn’t he cute? 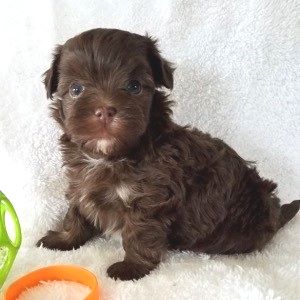 We’ve been trying to make a living as a small breeder. So far, we haven’t made any money selling the few who’ve actually sold. However, we’re hopeful that some 2-yr. olds will go through the sales ring in Timonium, MD later this month, followed by yearlings in September at Keeneland and in October in both venues. Stay tuned. Here’s a colt sired this year by Kentucky Derby winner, Always Dreaming out of FlatteryWillGetYou. 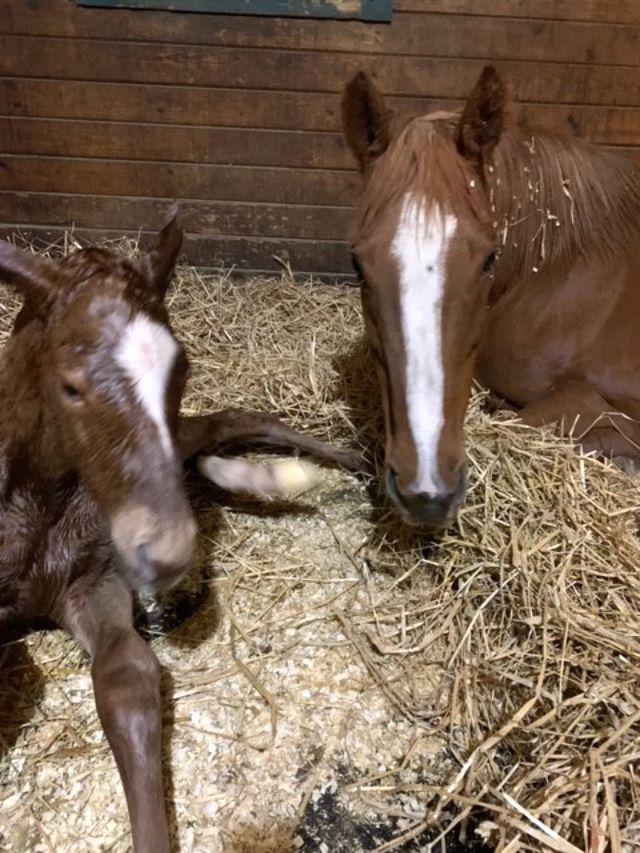 I understand the feelings of frustration, fear, aloneness and, for many, loneliness. But, I’m lucky. My wife has been stuck with me for all the lock down and it’s been a pleasure. My son has been with us for the last 10 days after returning from California. I’ve visited his daughter and bride-to-be and seen my daughters and their grandchildren several times on outdoor visits. I’ve seen my colleagues in the office on several occasions. If this virus wasn’t killing people and the remedy thus far wasn’t battering our economy and the income of so many, this could have been considered a nice respite. Unfortunately there is so much more to it. Wish we could get to a successful treatment and a vaccine.

Women have been telling me for years to put on a mask. So, putting one on will please them, even though I’m not thrilled with it. Nonetheless, we all have to do what needs to be done. We can’t even attend any races even when our horses are running. We miss the excitement and the opportunity to see them and feed them carrots and other treats. Miss you too! Who won this year’s Kentucky Derby? Oh, yeah. That’s not happening until September 5th!