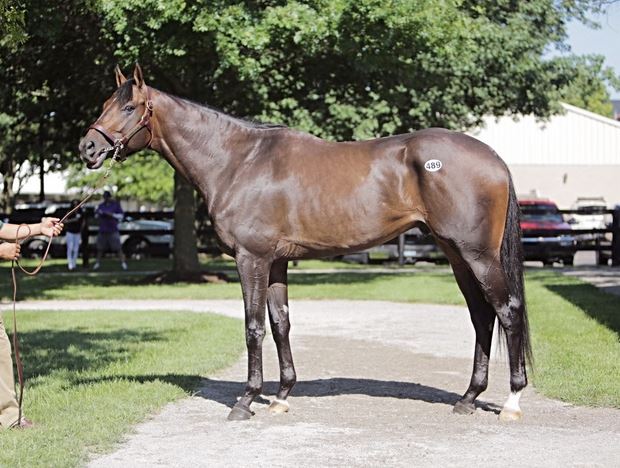 We’ve just started the Saratoga racing season. Though so many kind readers of this blog tell me how much they enjoy the writing, the best way I can describe Saratoga Springs is to defer to a real writer whose name appears in the Media Roll of Honor in the National Museum of Racing and Hall of Fame. He’s our good friend, Steve Haskin. He will even mention staying with us, so you can see the benefits of a visit. Copy and paste this into your browser: http://cs.bloodhorse.com/blogs/horse-racing-steve-haskin/archive/2018/07/15/Saratoga-Still-an-Elixir-After-Half-a-Century.aspx

Steve’s coming up tomorrow and I’m sure he’ll want to visit our new horse. His name is Nicodemus. Look up his name in Google and be ready for some interesting history. We hope he makes history once again by winning The Curlin Stakes on Friday. I wanted him to try The Jim Dandy Stakes on Saturday, which has many more rewards. However, this is only his 3rd race, so we hope he does well and we can try a more important race, like The Travers, later in the season. Here is a photo of him and one of him with some special partners, Jennifer and Larry.

Then, there are the problems being experienced by the Queen of the stable, Ahvee’s Destiny. She’s in foal to a wonderful stallion named Bernardini but her hooves are giving her big problems. She has special boots on each front hoof and a cast on the front left hoof. We’re praying that this will help in resolving her issues. If it doesn’t start getting better soon, it could threaten the life of the foal and her own life as well. II’m saying a little prayer for her and the foal every day.
There’s so much more to say and not a lot of time to say it. I had a health scare last week but it seems to be OK.

It’s been frenetic up here but trying to take one step at a time.

Seems like quite a rainy summer. Today has been mostly dry but they say more to come this week.

Oh yeah, Hay Field won her 4th race, since being claimed from us. We were invited to the Winner’s Circle. She’s proven my belief in her. Too bad not for us!

Sure there will be much more to report.