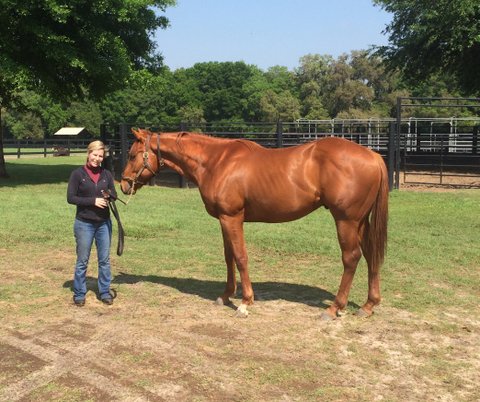 1 may not run until he is 3…
3 will be nominated for June Ocala Sale…
3 may be brought to Belmont in May!

Ransom Note is a big, beautiful colt. I told you that he had some issues with his hocks (photo to follow). So, he is going to be turned out for 5 or more months and gelded. The idea is that his hock will heal from not stressing it in training and his body will lose some of its “thickness” as a result of gelding him (I’d lose more than my thickness, that’s for sure!). Here’s what his inflamed hock looks like:

Linda still loves him, though one wonders if she was smiling when making this recommendation!

Our leading prospect at this time is a filly named FlatteryWillGetYou. Here’s her photo. Notice her 3 white socks: 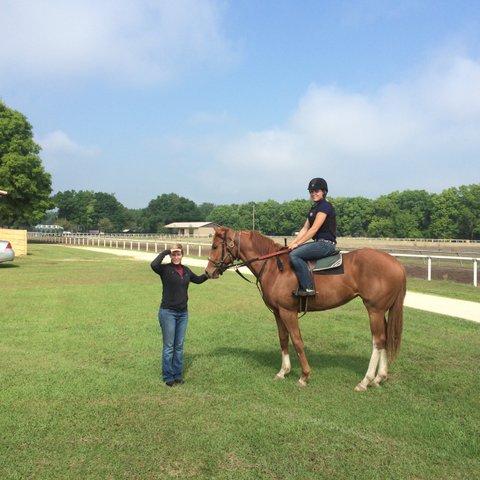 This one will definitely be an early starter. We’re already looking forward to seeing her by the end of May.

Allie n’ Kat is a nice colt. He is coming along very well and should be among the early starters. Like all the above photos, they come courtesy of Linda. 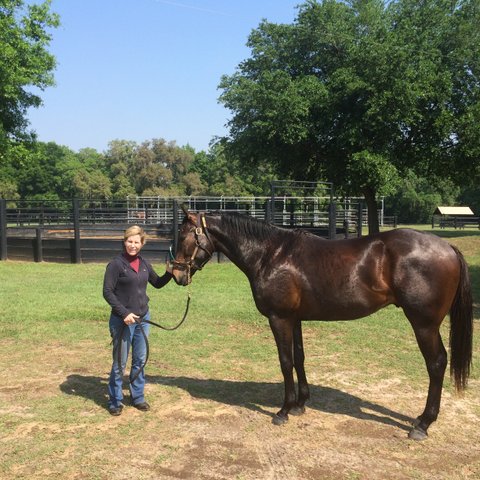 The 3 who will be nominated for sale are Another Genius, whom Linda says is not. Blitzer Too, who doesn’t look good running… until you check the clock. She’s fast! Finally, there’s Candy for Kisses. At this point, she’s too fat and she’s small. Pat will get her into shape and we’ll re-evaluate.

There are 2 months to change our sale thoughts. Hopefully, we’ll get more out of some of the 3 to be sold but this is our current thinking.

Ahvee’s Destiny and her foal are in Kentucky and our yearling, Little Ahvee, continues to bask in Florida’s sun.

With the Kentucky Derby less than 6 weeks away, I’m sure you’ll be hearing more from us soon.