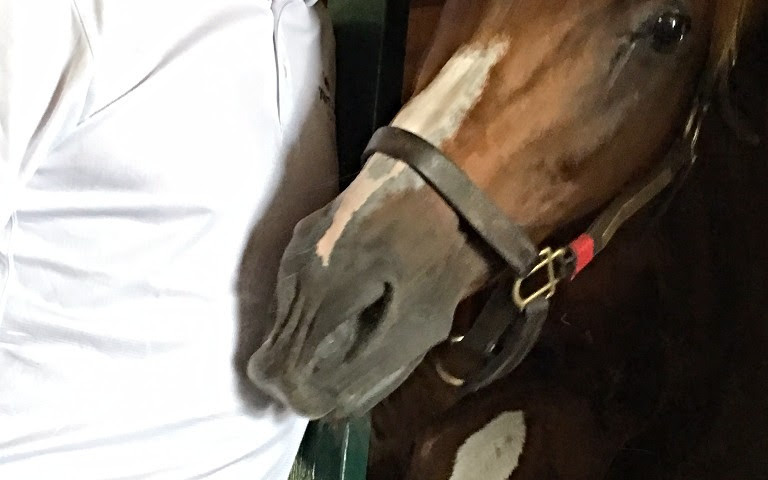 We’re in beautiful Saratoga Springs. Today is day 5 of the racing season. The first question everyone asks is, “Do you have any horses running?” The closest we’ve come thus far is when Candy for Kisses dumped her rider during morning training on Monday and took off like a bat outta hell. Linda was hoping to get another race from her before retiring her because of a damaged knee. However, this was indicative of Candy‘s fragile state of mind because of her injury, so she has been retired and will become a broodmare in 2017.

FlatteryWillGetYou had surgery on both knees last week. She will be gone for 90 days before she can be put back into training. She joins Ransom Note and Hay Field at Dr. Patty Hogan’s farm where all 3 have matriculated in a course of Advanced Equine Medicine.

Pointe Class, who we thought would run at Saratoga, exhibited sore ankles that were not repsonding to treatment. So, she was sold back to her breeder who will use her for a broodmare.

Allie n’ Kat, could not progress after winning his first race race at Presque Isle Downs. He was too slow to compete and is preparing for another career at New Vocations.

This leaves us with one possible runner here. Believe it or not, it’s Another Genius, who has been a head-case. In fact, we tried to sell her in a sale last year but no one bid past the reserve price. Now, Linda is aiming her for the turf. Will she make it? Who knows.

Our Caravan, the horse we claimed 6 weeks ago, got a gash in his foot while training. So, he is still down at Belmont and, hopefully, will make it to Saratoga for the 2nd half the season.

Ramon and Aussie Ahvee are down on the farm at Pat Hoppel’s. While Ahvee’s Destiny and her City Zip foal are at Stonegate. Here’s a fun photo of me with the mother and doaughter, heads stacked one on the other a few days ago. 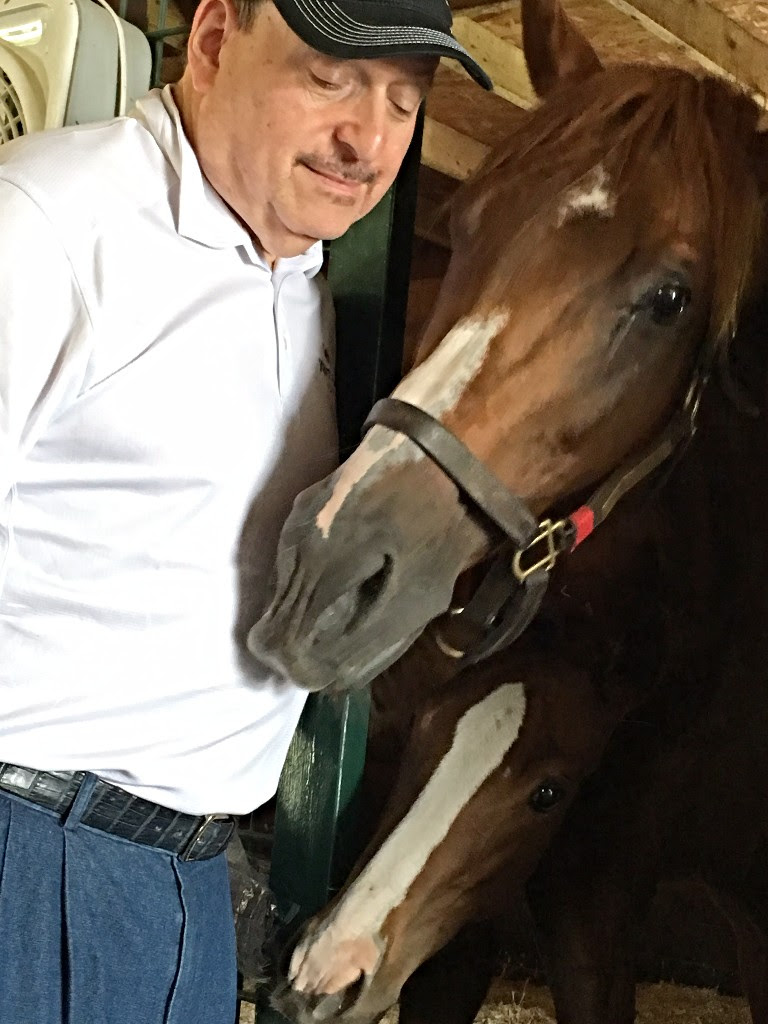 Sounds like an Agatha Christie mystery… “And then, there were none!” LET’S HOPE NOT!

Now, we’re off to see Jess Not Jesse, the Saratoga Warhorse.