A retirement and a new race

A retirement and a new race

FlatteryWillGetYou is retired
and will become a broodmare

Flattery‘s right knee has always been an issue. Now, the stress and the arthritis have resulted in the need to retire her. She was the first of our horses to win four times in a row and the first, since Ahvee’s Destiny, to win a Stakes race. We’re sad to see her leave the racetrack. Hopefully, she’ll make nice foals.

Daring Destiny, Ahvee‘s first foal, will run tomorrow in the last race at Belmont. The evening at the end of a holiday weekend may be a hassle on the roads, but we hope to be there. His first race was a disappointing last place finish, However, this is a claiming race, so he will be running against weaker company and he should be competitive on the grass with Jose Ortiz riding. Post time is 5:50 PM.

Hay Field will run in a similar race for fillies at Belmont on July 14. She had a decent breeze yesterday and seems ready to run. We will try the grass, since we’d like to see if she likes that surface. Assaf seems to be bringing around nicely… but the proof will be on the racetrack.

Ransom Note has been turned out until Labor Day. It seemed he was in pain but Dr. Patty couldn’t find anything wrong with him. That happened before. So, we’ll have to see.

Beyondelle is the 2-yr old we have with Assaf. She got sick recently and, though she in now back in training,  it doesn’t look like we’ll see her in Saratoga.

Last year, Another Genius was the only one of our brood to run in Saratoga. Happily, she won. Linda had her entered in a claiming race but decided to scratch her at the last moment. We hope she will run soon at Belmont or Saratoga.

As you can see, thoroughbreds can be very tricky. Are they good enough? Will Daring Destiny and/or Hay Field race better than their prior outings? Will they not be claimed away? It’s hard to believe that between 2007 and 2013, we had at least one winner each year at Saratoga. Ahvee’s Destiny won five times, including three Stakes races. Jess Not Jesse won four times for us. Boy, were we lucky!

We’ve been adding some Kentucky breds to our stable, three broodmares and one weanling. Those broodmares won’t foal until next year. The earliest the weanling could run is two years away.

Aussie Ahvee is two years old but has some growing issues. Earliest we’ll see her racing is late this year… but probably not until next year.

We have two yearlings who won’t be racing until later next year or the year after. Of course, there’s Ahvee‘s Honor Code foal from this year. If he makes it to the track, it’ll be between two and three years away.

So, we’re in there trying, but it ain’t easy! It’s nice when we get a sweet one, like the Honor Code colt. 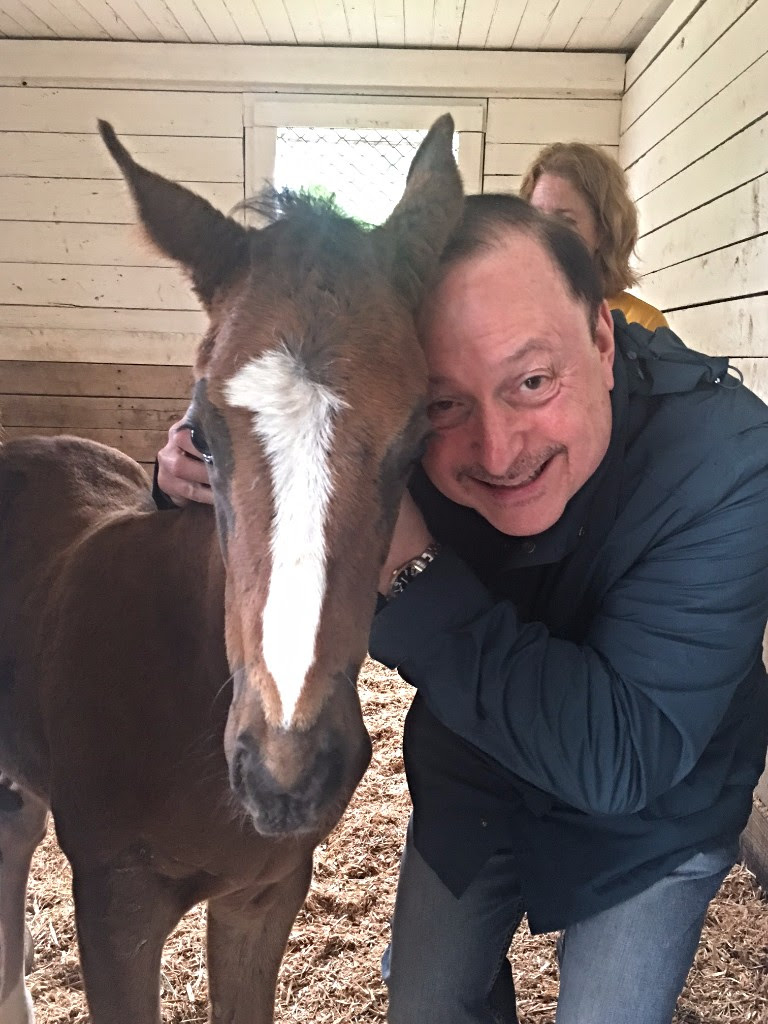 He’s a lover and we love him!

Have a great Fourth of July!