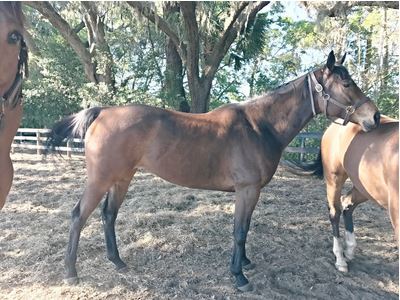 Flattery doesn’t look good right now. She is too thin and doesn’t want to eat enough to put on some muscle and her coat is dull. She doesn’t seem like a happy or healthy horse. She seems stressed. So, we’re trying a lesser race after her poor finish last time out. That’s why we’re at Laurel Park in Maryland in Saturday’s 8th race at 6 furlongs.

If she doesn’t do well, we’ll turn her out for 60 – 90 days and hope the turnout will result in her putting on some muscle and getting rid of her stress. That may be a good idea, no matter how she does… but she was so successful at Belmont, I’d love to see her race there before turning her out. However, I am taking a wait and see attitude.

Ransom Note is doing well and Linda liked his last race. I’m sure she’ll be pointing him to another race fairly soon.

Another Genius will be shipped to Belmont within 2 weeks or so to get ready for the turf season. Here are photos of her in Florida: 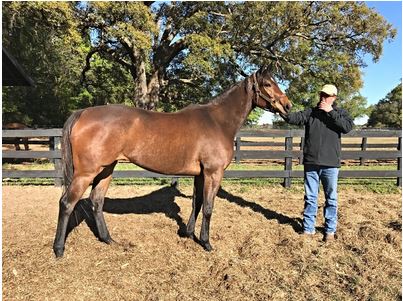 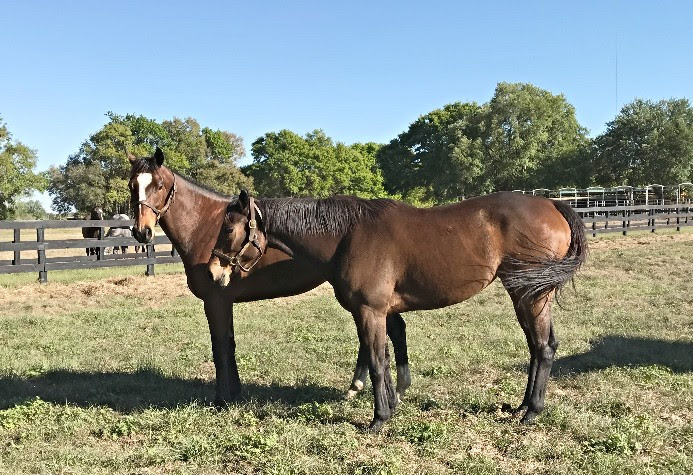 and here’s a link to see her run with some friends. https://www.mediafire.com/?hrxrb0uryfe885x

Linda says that Ramon Dominguez does move nicely, but he is a head case who is scared of many things on the track. As a result, he has not shown any talent during his workouts and she can’t even breeze him in company (with other horses running with him). If she were to run him on the dirt, she’d want to put him in a Maiden Claiming race. She’d prefer to wait until Belmont to try him in a Maiden Special Weight (No claiming) on the turf, where his mother was a champ. Belmont doesn’t open until April 28. I am not prepared to lose him just yet. So, we’ll wait until Belmont. However, I want to re-name him because we should not have the name of a Hall-of-Fame jockey on a horse Linda thinks does not have a lot of potential. We put in for a name change to Daring Destiny.

Hay Field is another head case who has not wanted to run. We turned her out to try her on the turf… but Linda doesn’t want her to take up space in her barn, since she’s losing stall space, until Saratoga. I don’t want to wait. So, we will try to engage another trainer to work with her for 60 – 90 days. If she doesn’t miraculously decide to run on the grass, we should try to get her out of inventory as soon as possible. Linda is OK with this course of action.

Aussie Ahvee is now a two-yr. old who also displays the skittishness of her half-brother and her mother. However, as Linda reminds me, Ahvee’s Destiny was the same way and look how well she did on the racetrack.Ahvee’s Destiny has less than a month before her due date of April 17th. She’s been doing much better but was lame a few days ago. They started giving her an anti-inflammatory called “Bute.” She, once again, is a happy horse. Hopefully, all will go well with the foaling!

The two yearlings in Florida are doing well. This photo is of the City Zip: 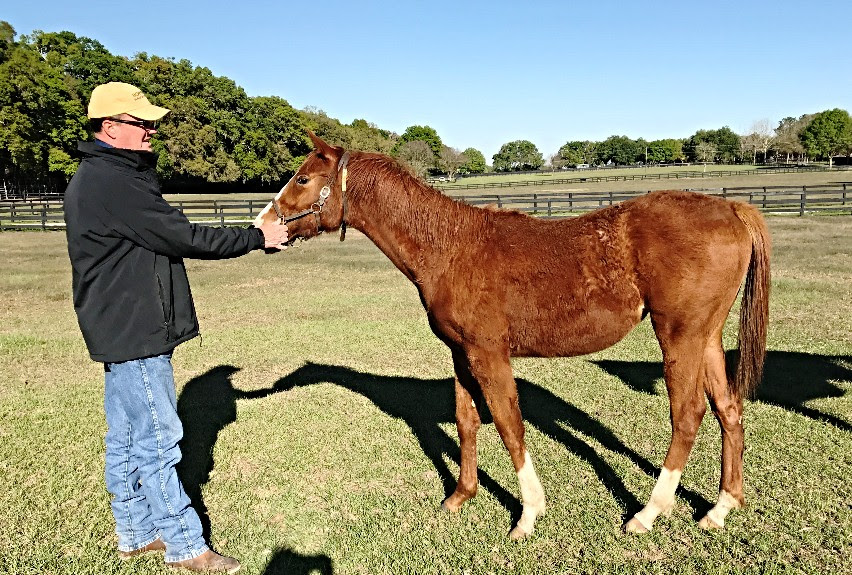 and here’s a link to see her run with her friends including the Uncle Mo: – https://www.mediafire.com/?qi95vq5cmnh1lo8

City Zip is not yet 100%, since her sickness, but seems to have turned the corner and is looking much better. The Uncle Mo is stubborn and tough. They have to work on that.

Candy for Kisses – The first attempt at breeding didn’t take. We think she will be bred again soon. She is doing fine.

That’s the run down. Root for Flattery! We sure will.