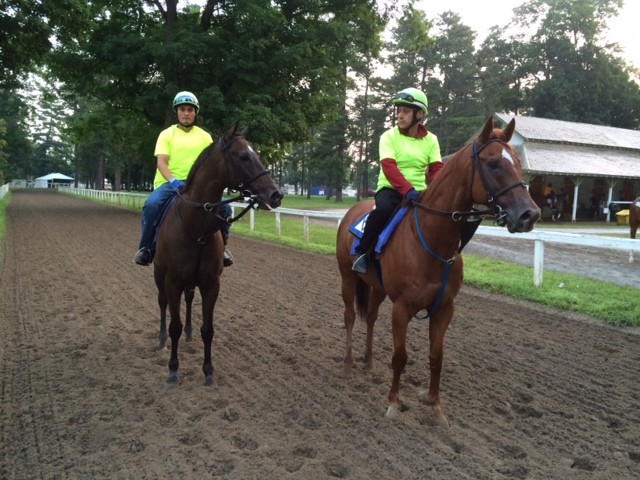 When you’re away for a long time, you may find yourself busy repairing problems that have cropped up since your last visit. We encountered internet strength issues, air conditioning, television functioning and even tested our fireplace which proved faulty. Lucky it’s not that cold in Saratoga.

We’ve made several visits to Ahvee’s Destiny and her foal. I’m in love with that little foal and got him to eat some treats from my hand. The first visit saw him take the cookies into his mouth but he could not chew them. So, before the next visit, I softened them up with hot water and smashed some dry ones into little bits. He ate both but preferred the soft ones.

There are several mares including Ahvee’s Destiny, who fahsion themselves “Queen of the Pack.” on one visit, Ahvee had an open wound on her back from a very recent bite from one of her competitors for dominance.

We got to go out into the corrals on a flatbed pulled by a tractor. All that was missing were bales of hay and music. The horses were being fed and Ahvee led the foal to her feed bowl. We parked and It was nice watching mother and son eating together. Then, they came over to us for some dessert. The foal didn’t eat but he did kiss and nuzzle. T’was a pleasure!

The news on the two older horses who are in Saratoga wasn’t so good. Hear the Footsteps had a bout of colic. You may remember that it is a stomach disorder. Too often it can have a fatal result. Happily this was a mild case and short in duration. He’s doing better now but it interrupted his regular training schedule. Jess Not Jesse’s ankles are bothering him. The plan is to retire him later this year but accelerate that if he cannot run at his favorite track, Saratoga Race Course. 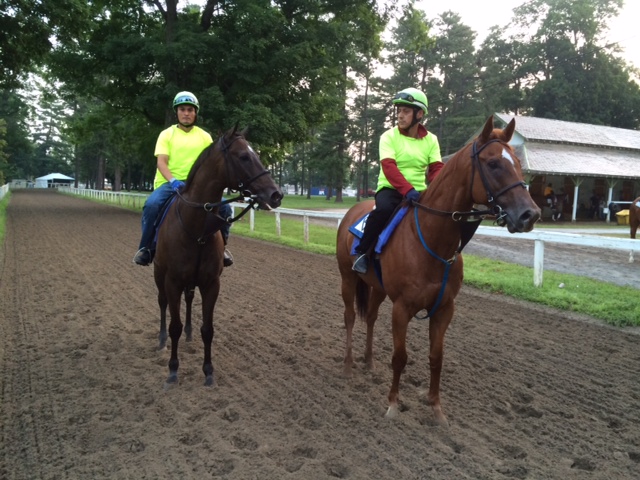 These two were in Ocala together over the winter and now they like to train together. Let’s hope they both can improve and race successfully. They are wonderful older warriors who have proved their mettle time and again.

On the food and entertainment front, Broadway, Saratoga’s main street, looked like Times Square on Friday night. Bands were playing, performers were doing magic, artists were drawing on the sidewalks as part of the Hats Off Festival celebrating opening day of the race track. The town was hopping. Lots of fun everywhere and the weather was perfect. 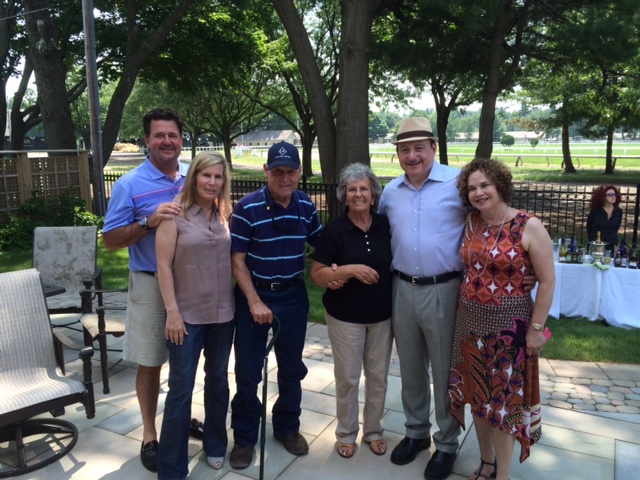 We’ve had lots of good food (though no town is perfect in this department). Yesterday, we through a little brunch at our house which was very enjoyable. Lots of friends, horse people and good food and cheer. We will be sponsoring a kiddush luncheon at the synagogue this Saturday to thank all the folks who helped me by coming to services during my mourning period for my mom. There are many nice people here. The friends who’ve visited our unofficial B&B have only added to the enjoyment.

Lots of good racing but we still love to see the horses training in the morning right out back on the Oklahoma Training track, the main track or on Clare Court, a small training track built as a private track by August Belmont, Jr right across the street from Linda’s main barn on Nelson Avenue. Jess and Footsie trained at Clare Court this morning.

Sound’s like a lot of food doesn’t it… probably too much!