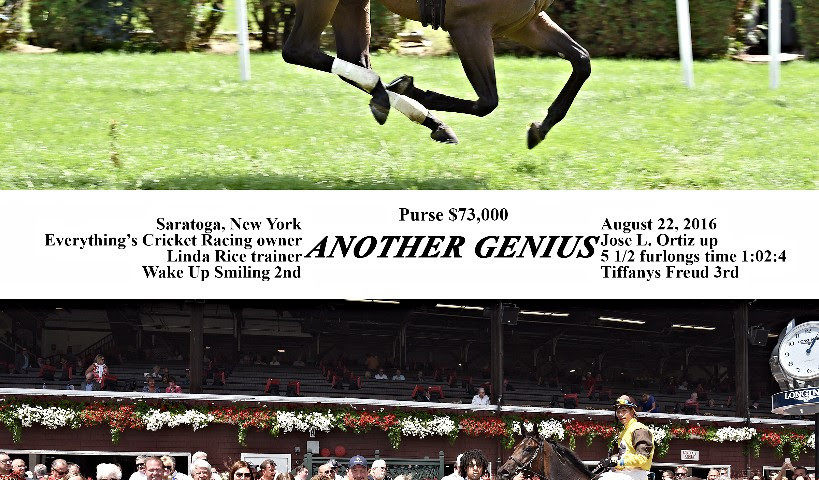 They were on the grass with Another Genius in post position #4 with Jose Ortiz riding. She got pinched back at the start when Jose didn’t gun her out of the gate per his instructions from Linda. Jose settled her in 6th place when he couldn’t find any daylight between horses. She was essentially stuck between 5th and 6th place. The problem was she was surrounded by horses.

When her head seemed to be pulling right and left, I thought it was over. However, when they turned for home, Jose went wide and found a hole. At first, it didn’t look like he was making up any ground… but not for long. Another Genius came on and took the lead in the final 1/8 of a mile to win by 1 1/2 lengths.

She’s named Another Genius because her sire is Einstein… and she must be smart because she has fooled everyone who thought she didn’t have enough ability, including me! Congratulations to her!!

She’s the second filly in a row who has won for us at first asking. Until June 26th, we never had a horse win first-time out. Candy for Kisses had to be retired after she won her first. Hopefully, this one will have the opportunity to do more.

We had not even run a race in Saratoga for two years. It’s been three years, since we won a race. I must say, it felt really good.

When i asked Linda whether we were running, she said, “Running? We’re winning!” That’s the first time in ten years she said that and she was right! 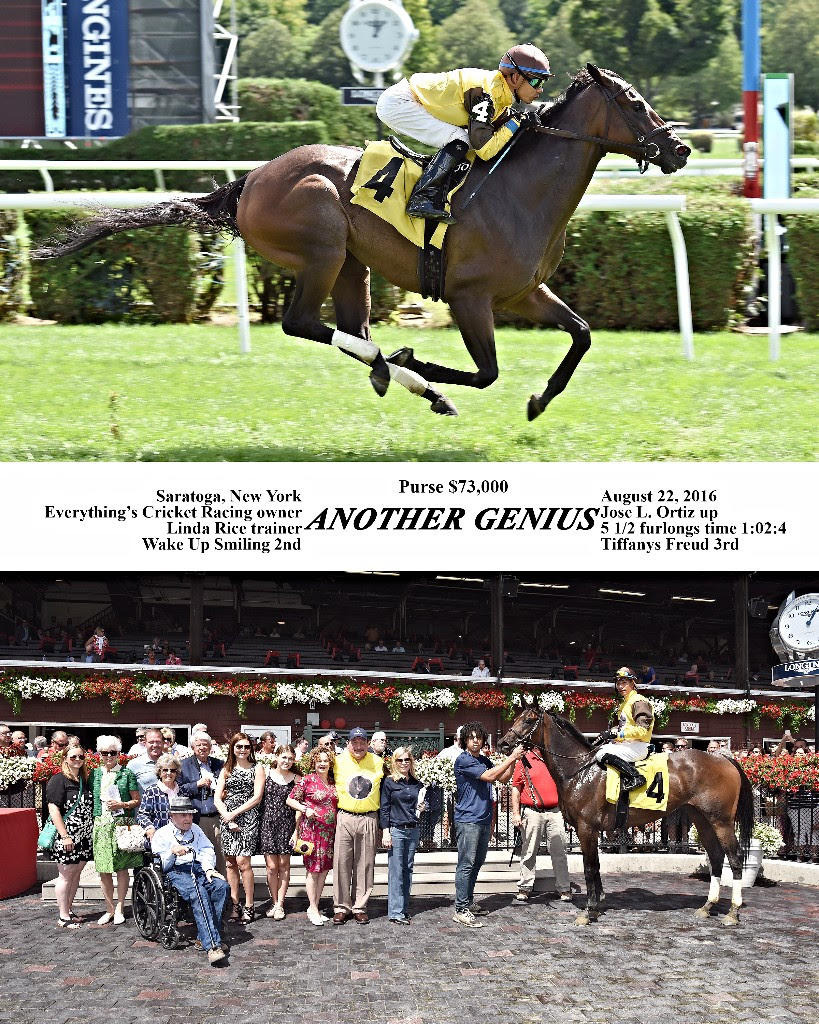 It was especially nice to have my sister, Eve, and my niece, Simone, with us in the Winner’s Circle!

I doubt we’ll have any other horse races this season but we’ll still celebrate. Today is our son, Jonathan’s, birthday and he’ll be here with a house full of friends for the big Travers Stakes weekend upcoming. Should be lots of fun!