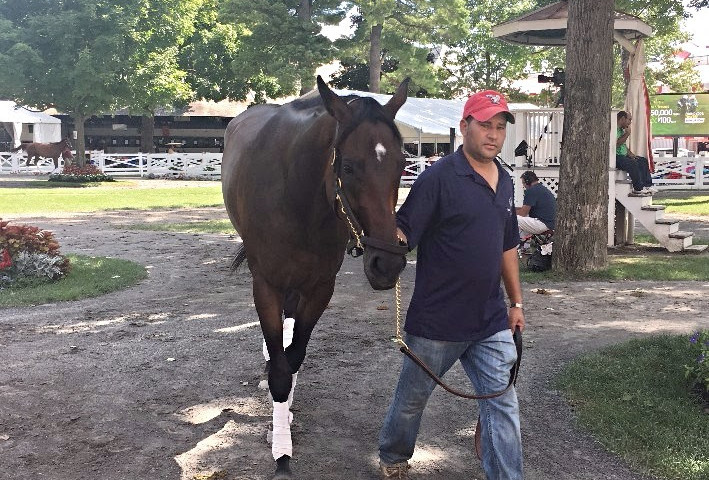 ANOTHER GENIUS is in tomorrow’s first race!

It’s scheduled for the turf but it’s raining, so it may come off the turf. Either way, she is running tomorrow at 1 PM with Jose Ortiz in the saddle. It’s her first race ever. Will she prove everyone wrong… the genetic tests were poor. She seemed like a nut case during training. We tried to sell her but she didn’t meet her reserve at the sale. Linda thought we should get rid of her when she first came up. Then, she suggested claiming. Then, Another Genius bled. One problem after another… but Linda slowly got her into shape.

The bleeding lessened, then stopped. On August 17th, she turned in a “bullet” workout (that means she was fastest of all the horses breezing at the distance chosen by the trainer for the timed workout). The bullet appears next to the workout summary in her past performance information. 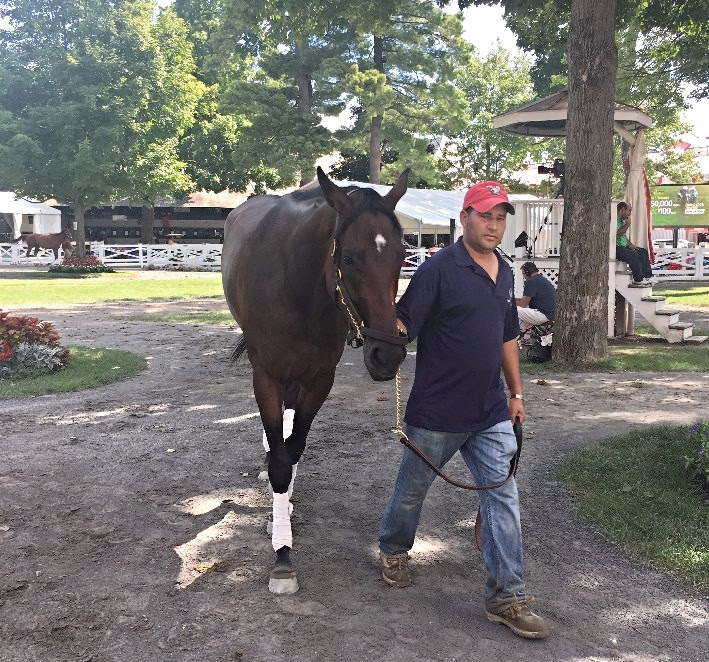 Here she is being led into the paddock for schooling (getting her used to the surroundings) by Jeobani, Ahvee’s Destiny’s Super-groom who used to braid Ahvee’s mane before big races. He just returned to Linda’s barn after three years away.

We’re rooting for you tomorrow in your 5 1/2 furlong sprint. Prove everyone wrong. Become a winner!

Candy for Kisses (she’s on the right) is acclimating to her new surroundings at Stonegate. Here she is with a new friend. 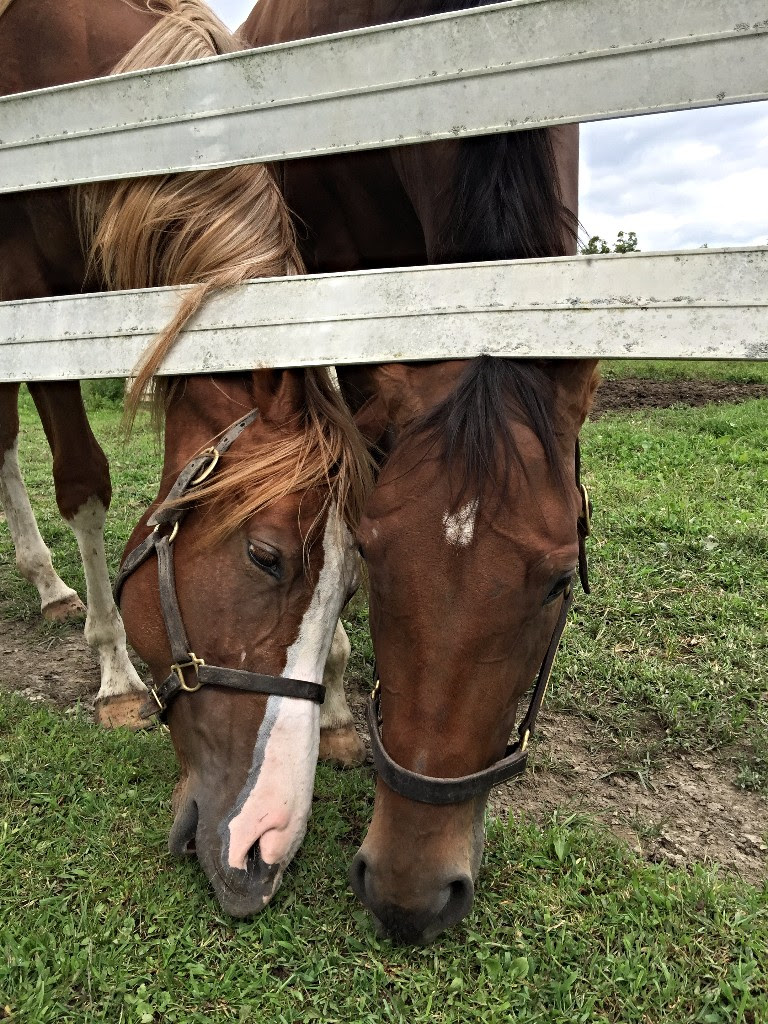 In time, we hope to be able to interact with her like we do with Ahvee’s Destiny and her City Zip foal. The foal ate some cookies today for the first time. We’re making progress.

More after the race.