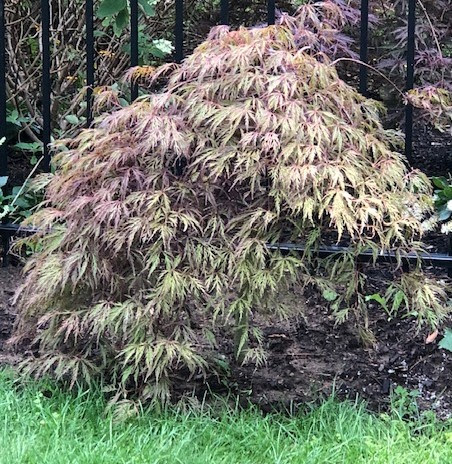 It started on July 10. We had to euthanize our 15 year old mare and 11 time race winner, Ahvee’s Destiny. Later that night, we had to authorize euthanizing a 10 week old foal from Candy for Kisses.

Then, I got a call from one of my vendors to please call back. I didn’t think much of it, not realizing it was Sunday and not Monday. It turned out to be news of the death of my friend, Jim, who was a friend, as well as the founder of the agency we use for placement of our television commercials and very involved with our horses. It was shocking, since he was supposed to be joining us in Saratoga in 10 days and he hadn’t been sick. While visiting his brother in Nashville, he went out for some breakfast and never returned. They found him slumped over his car rental’s steering wheel.

Then, we had several mares lose the foals they were carrying and one mare died.

On the racing front, Tzipi has run twice. Both times she got out of the gate slowly. She finished last and next to last and bled a little in both races. She’s been shipped to a Pennsylvania farm for R&R. Linda feels she will come back a more mature horse and be successful. We sure hope so, because she is the sweetest horse we’ve ever owned.

Alphalfa ran in one race, also got off to a slow start, and never recovered, to finish 6th. He’s combating an illness, so I doubt he will get to run again at this meet.

Madita came to the USA from Germany. She was supposed to roll over her allowance company but, you guessed it, was held back and started last. When she finally got going late, it was too late and she finished 3rd.

Our racing season has not sparkled, to say the least.

We planted a Japanese Maple to commemorate the passing of Ahvee’s Destiny:

Here’s the memorial stone we will be putting in front of the tree: 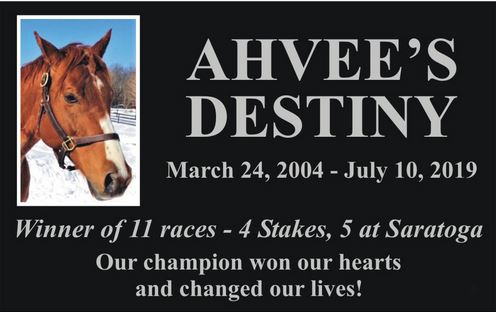 Now, it’s time to focus on all the people we love and the things we have. To a positive future for us all!