Introducing Candy for Kisses and…

Here’s a photo of Rhoda with one of our two-year old colts, Allie n’ Kat. This one is sired by Include out of Adorable You. Include won over $1,600,000.

Linda likes the way this youngster moves on the racetrack. He’s named after Jim’s kids, Alex and Katherine.

His genetic testing show him as an above average runner whose genes have an elite sprinter allele, although his sire seemed to prefer distance. Time will tell.

Another one of our two-year olds is named Blitzer Too after Jim’s father’s nickname. You may remember, we raced Holy Blitzer several years ago. 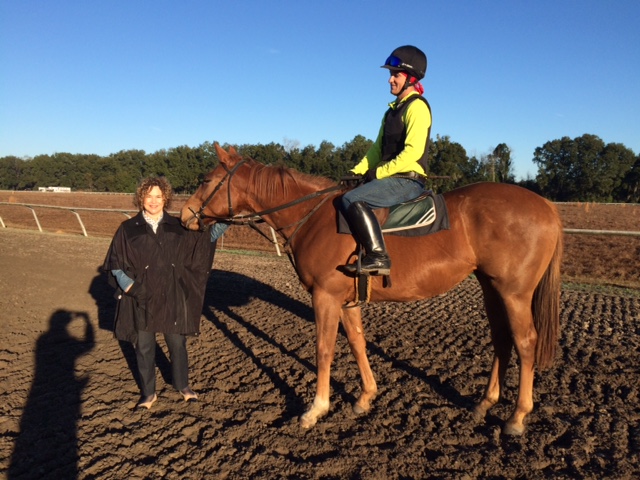 Linda was not happy with Blitzer Too’s performance on the track the first time she saw her in late Fall. Happily, she looked much better to her when we visited together on Boxing Day (the day after Christmas). She’s still “on the bubble” but going in the right direction.

Looks like the weather will allow us to visit Ahvee’s Destiny this weekend. The foal she is carrying is due next month. We’re excitedly anticipating her successful and healthy delivery.

Have a lovely weekend!